Gotta talk about that new album... this is the place.

Love it or hate it, but I'm back with new mashcore-breakcore album on DANCE CORPS.
Here it is, free download of course:
https://archive.org/download/DCRPS063/DCRPS063.zip
https://www.facebook.com/odaxelagniapro ... 9886301662
https://odaxelagniaproject.wordpress.com/releases 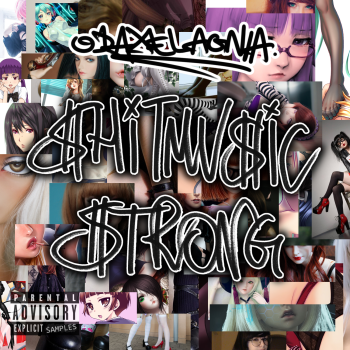 Wait, do I smell a Borgore sample? xD
Top

How did you get those vocals in the tracks? I have a lot of tracks I want to use, but they obviously have drums in them..
Top

Try getting acapellas, really popular tracks are often released as singles containing instrumental and/or acapella versions, but I sample full tracks often too. Highpass is obviously needed to get rid of the kick bassdrum, but more often than not, the hihats and stuff are simple enough to get covered up with drumbreaks and such, and I also sometimes purposedly leave them like that to retain the original melody of said sampled song.
Top

You're welcome! Feel free to keep asking, though I'm in no way an expert. I am considering publishing some production FAQ, because people keep asking me for tips for some reason, so watch my facebook or whatever :3
Top

Will do, should be interesting

I won't force you to do anything or so, but you definitely should try sampling Memphis May Fire - Prove Me Right. The chorus is perfect for Mashcore!
Top

Cool, I'm actually open for sampling suggestions and I'll put it on my "to consider" list :3
Top

That would be nice

Also cool article on production, going to take my time and read it trough completely.

Users browsing this forum: No registered users and 15 guests