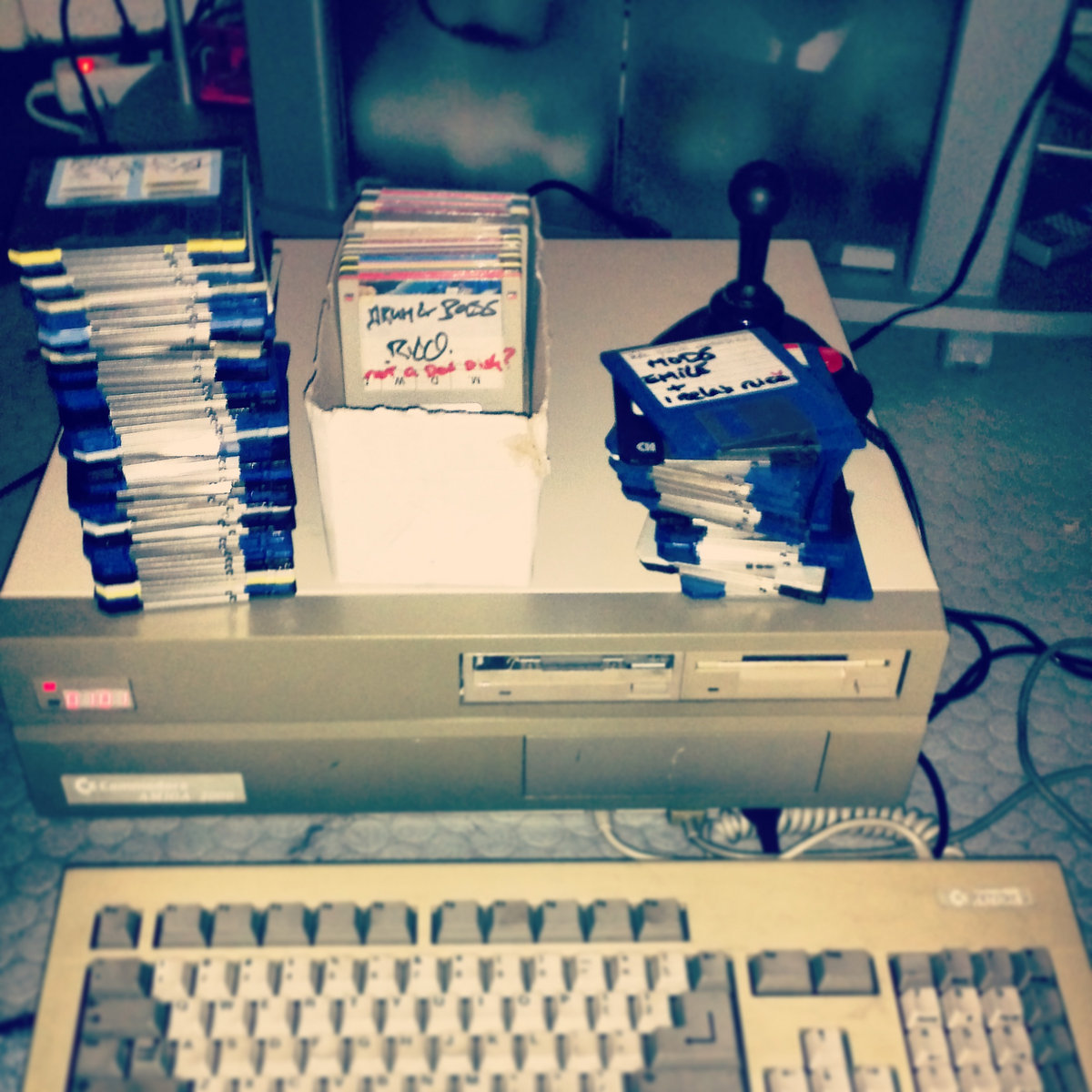 Thanks to my cousin Emile who cleared his attic recently, passing his old Amiga gear and disk collection down to my brother, here's a second run of my old protracker tunes.
He apparently copied a bunch of my modules back in the days, some disks too degraded to recover, but enough to compile another selection of 4 mono channels, 8-bit (w.i.p) jungle-gabber rinsers and what not!

The amiga was hooked up to a philips cdr930 mini audio cd recorder, recording the outputs straight to cd. No touch ups, no vst, just Paula chip goodness

Mostly amen breaks & gabber kick filled modules created by me on an Amiga 500 in protracker somewhere between 1994 & 1996. Teen angst ftw!

This album features two tracks from my brother Dennis a.k.a Dj0nas(dino) & one bonus 'remix' track (basically replaced the drum channel with an amen work out

) of an artist I unfortunately can't credit because of lost details.